In 2013, global trade flows of herbicides has been enhancing, especially those of glyphosate and paraquat. Herbicides are playing greatly important roles in pesticide industry and pesticide exports in China, making a great contribution to the rapid growth of pesticide exports. 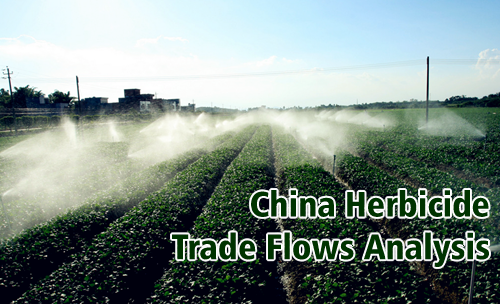 There has been a steady growth in China herbicide industry in past years. In China, the output of herbicides kept increasing due to the rising demand from domestic and overseas markets. At present, attributable to the advantages such as high efficacy, low toxicity, broad spectrum and low dosage, herbicides are playing an increasingly important role in China pesticide industry.

At present, China is playing a greatly important role in global herbicide trade flows, mainly for export. In 2013, China exported about 1,307 million tonnes of herbicide, mainly to South America, Asia and North America, etc. This report is compiled for those global herbicide manufacturers that need production information of their competitors in China or want to enter China’s market.

Trade flow of herbicide in China is estimated to keep increasing in the near future. The overall export volume of herbicides is expected to continue to move upward, while export price will keep rising, especially for glyphosate and paraquat. Besides, Europe is China's most promising market of herbicides. This report will help clients obtain the latest info of herbicides, see change in recent two years from technical and formulations, major products, export regions and exporters and have a better understanding of the whole China's trade flow for decision making. For more information in detail, please visit:
http://www.cnchemicals.com/Product/Report/2369/China-Herbicide-Trade-Flows-Analysis-Edition(1)